A group of pupils from Springfield School were presented with their Bronze Duke of Edinburgh Award on Monday 10th July at a special ceremony at Blenheim Palace. Five pupils; Gabby Bennett, Charlie Collins, Sasha Stewart, Emily Davis & Tom Mytton and one former pupil, George Hiley, have spent the last two years working towards the DofE Bronze award. In that time, they needed to complete a range of activities that comprise skills, volunteering and physical elements and two expeditions. Receiving the award represents a huge achievement to the group who have a wide range of physical and learning difficulties as well as some communication and behavioural issues. In addition to the six pupils receiving their bronze award, pupils; Matthew Simmons, Jessica Kowalski, Joshua Dalton and Theo Blackstock, received certificates of achievement following successful completion of their first year of the DofE Bronze Award. The awards were presented by Alice McLinden, DofE Operations Officer, Tim Walker, Springfield School’s DofE co-ordinator and Susan Davis, a volunteer DofE leader.

Tim said ‘Being part of the community is an important part of the DofE award. The pupils have been involved in sports teams as well as volunteering in care homes, collecting for the food bank and working in charity shops. Everyone involved is immensely proud of how they have demonstrated their capabilities and made a positive impact on the local community.’

For the expedition element, pupils canoed down the River Thames and camped along the way. The local charity Adventure Plus supported the school and pupils in achieving this. Next year the school plan to run their own expeditions.

Springfield Special Needs School launched a Duke of Edinburgh Awards Programme in 2016. It is one of only a handful of special needs schools in the country to be licenced to run a DofE programme. The school has received a lot support and funding from the DofE programme as well as a generous donation from the local RAF Thrift Shop in Carterton.

There are no upcoming events at this time.

I’ve been a governor at two schools – Madley Brook and the Henry Box School – and was, briefly, chair in both cases.
I’ve always been interested in education and children and worked for a number of years filming best practice in schools all over the country for the DfE.
I specialised in disability and inclusion and have worked a lot with young people with a wide range of conditions which could be a barrier to learning and inclusion.
My skills are problem solving, attention to detail and enthusiasm! 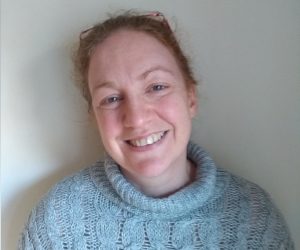 I moved to Witney about 10 years ago, after meeting my husband who lived here. We are the lucky parents to identical twin girls. Beatrice is at Madley Brook Primary and Emily is at Springfield, both in reception year at the Bronze Barrow. Emily has been at Springfield since 2016, attending the Springfield nursery. Emily is a very happy girl and is blossoming under the care she receives at the school. Our little family has received full and sincere support from Springfield and I wanted to find a way to give something back.  When the opportunity arose to join the school as a new parent governor in December, I took it.  I also started working as a volunteer at Springfield, one day a week, helping out wherever I’m needed.
In my career I’ve always liked a challenge, so after university I worked for British Steel, both in R&D and then in one of their plant. I have since had roles as a technical author then as operations analyst, before settling on the role of a business analyst. Since the birth of Beatrice and Emily I have the best job, being a stay at home mum to my beautiful girls.
When it comes to hobbies, I like making things and recently that means pottering about with beads and wire making jewellery. Right now, I’m into making beaded flowers and have set myself a goal, for 2018, to try and make a bunch of beaded flowers for our home.

I joined the governing body as a parent governor in November 2017.

My childhood was spent in rural Shropshire until 1988 when I left to study Mathematics at Leeds University, later returning there to train as a Maths and IT teacher. After 21 years in mainstream Oxfordshire secondary schools, most recently as SENCO and Assistant Head at Didcot Girls’ School, I now work for the Oxfordshire Hospital School as Assistant Head Teacher.

Carol and I have two children, one at Springfield and the other at Madley Brook. The co-located nature of the two schools was a major factor in deciding to move to Witney in 2010 and this unique setup is of great benefit to the community. We both value the impact of school on our children’s lives and believe it is important to give something back as parents. I have spent five years as treasurer of Madley Brook PTA and Carol is a member of The Friends of Springfield School. We are very lucky to have such good schools on our doorstep and I hope I can contribute to Springfield’s continued success by being a member of the governing body.

I grew up in Chelmsford, Essex but studied in Oxford for my teaching degree which is where I met my husband. We decided to settle in this area and bring up our 2 children here. I’ve taught across the primary age range at New Marston First school, Hanborough Manor school and St John the Evangelist school in Carterton. I joined St. John’s as it opened. It was a fascinating experience to see the school grow from under under 20 pupils to the size it is now. I also worked for a short while as a SENCO.  I have taught at Springfield  since 2008 and for the last few years I have been teaching Key Stage 4.  I am a member of my local church and co-ordinate the children’s work there. Children have always been a very large and important part of my life and my out of work time has mainly revolved around my family and my children’s friends. My daughter now lives in London and my son is at University so a new phase of my life is beginning and I am looking for new activities to fill my time. I have joined a gym but spend quite a lot of the time relaxing in the Jacuzzi rather than sweating in the gym! I also love eating out and socialising with friends.

My name is Katherine Spencer and I am a community governor sitting on two committees for Springfield School; HR and Finance and Joint Executive with Madley Brook. As the headteacher of Madley Brook Primary School, being part of the governing body of Springfield School is a key part of my role. We have a unique situation with the co-location of our two schools and successful integration for all pupils across the school is very important to me. The schools share common ground on many educational and pastoral issues and being able to share these and come together for joint activities is beneficial for all and a great privilege to share. What do I like to do in my spare time? Well… when I eventually get some spare time, and I am not being a wife or a mother, and living in a male dominated household, sport takes up a great deal of my time, either participating or more likely, spectating. I like to run (as infrequently as possible), cycle (occasionally), ski (as often as I can but not as much as I would like) and watch rugby (religiously).

As I teach in a mainstream secondary setting where the environment and pressures are slightly different I believe it will be an incredibly exciting opportunity whereby I could explore how my experiences in my own settings can adapt and encourage the growth of Springfield School.

I believe in developing the whole child through my own personal experience and the subject which I teach, I specialise in Drama and I believe that role play can be an empowering tool that is utilised to engage and develop the learning of students at all abilities.

I studied Electronic Engineering at Oxford Brookes University and gained a first class degree in 1997. Since then I have worked within the electronics industry and I am currently Head of Electronic Development for a small research and development company just outside of Bicester.

I’m a single parent with two children, Emily has just moved up into secondary school within Kidlington and my son Thomas is at Springfield on the Bronze Barrow site and has been there since he started within the nursery in 2010. I have always tried to play an active role within both my children’s schools, for 3 years I was a volunteer reader at my daughter’s primary school and have been a parent governor at Springfield since early 2013.

In the past few years, in a futile attempt to stave off old age, I have taken up running, cycling and swimming; I have completed the Blenheim Super Sprint Triathlon as well as several 10km runs at Blenheim and elsewhere.